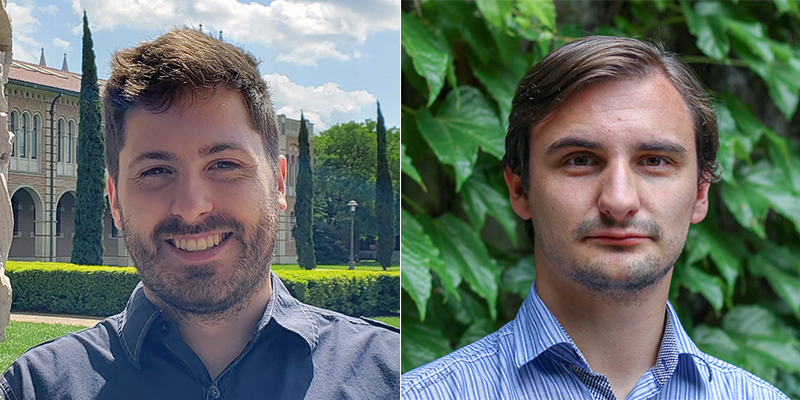 Rice Computer Science’s Treangen Lab is part of a multidisciplinary team reporting the discovery of mitochondrial dysfunction as a common thread leading to health issues in astronauts who have spent extended periods of time in space. The findings from Treangen Lab’s collaboration with the Space Biosciences Division of the National Aeronautics and Space Administration (NASA) at Ames Research Center in Silicon Valley are being reported in the current issue of the journal Cell.

Researchers focused on a multi-omics, systems biology analytical approach to determine the body’s responses to spaceflight. The study used biomedical profiles from fifty-nine astronauts and decades worth of data from NASA’s GeneLab, including reporting from the International Space Station and the NASA Twin Study. The GeneLab’s data was collected from hundreds of human and animal samples flown in space. Reported health issues are similar to geriatric stress, including bone and muscle mass loss, central nervous system issues, immune dysfunction, cardiovascular health risks and heart and liver problems.

Rice computer science postdoctoral research associate Leo Elworth shares this sentiment. “I am extremely grateful to the rest of the co-authors, a large team of brilliant scientists, who made this work a reality, and that I was able to be personally involved,” Elworth said. “I am extremely excited that this work will be featured in Cell.”

NASA’s Twin Study — in which identical twins Scott and Mark Kelly were followed over time, the former on the International Space Station and the latter on the ground —  confirmed several of the study’s principal findings. According to the published study, “Evidence of altered mitochondrial function and DNA damage was also found in the urine and blood metabolic data … indicating mitochondrial stress as a consistent phenotype of spaceflight."

“This exciting study offered the unique opportunity for my lab to collaborate with a multidisciplinary team of scientists to elucidate the effects of spaceflight on human health. This opportunity arose from our group's involvement in the NASA GeneLab Multi-Omics working group, led by Dr. Afshin Beheshti,” explained Todd Treangen, assistant professor of computer science and head of the Treangen Lab. “In this study led by Dr. Behesti, our team describes how the impact of spaceflight on human health can be better understood by integrating a wide range of different types of 'omics' data which provide a rich set of information for answering this important scientific question.”

Many of the scientists who participated in this study are involved with GeneLab’s Analysis Working Groups, which draws researchers from institutions all over the world. The platform contains a range of “omics” data related to changes in tissues and cells that occur due to the combined effects of space radiation and microgravity, including proteomic, metabolomic, transcriptomic, and epigenomic data.

As NASA and international partners plan future missions, exposure to space radiation and microgravity are primary hazards to astronauts’ health over the duration. By identifying the mitochondrial issues as the cause of many risks, astronauts can take countermeasures such as drug treatments.

Sapoval agrees. “This work is crucial for our understanding of the impacts of spaceflight on biological organisms,” he noted. “Understanding the risks associated with the space flight might eventually enable more long-term exploration of space.”

"This is yet another example of how computational methods are being applied to help answer key scientific questions specific to human health,” added Treangen. “It is very exciting to bring opportunities like this to members in my group in the Computer Science department at Rice University, which is composed of undergraduates, PhD students, and postdoctoral scientists."

The full content of the publication “Multi-Omics Analysis Reveals Mitochondrial Stress as a Central Hub for Spaceflight Biological Impact” is available on the Cell.com website.