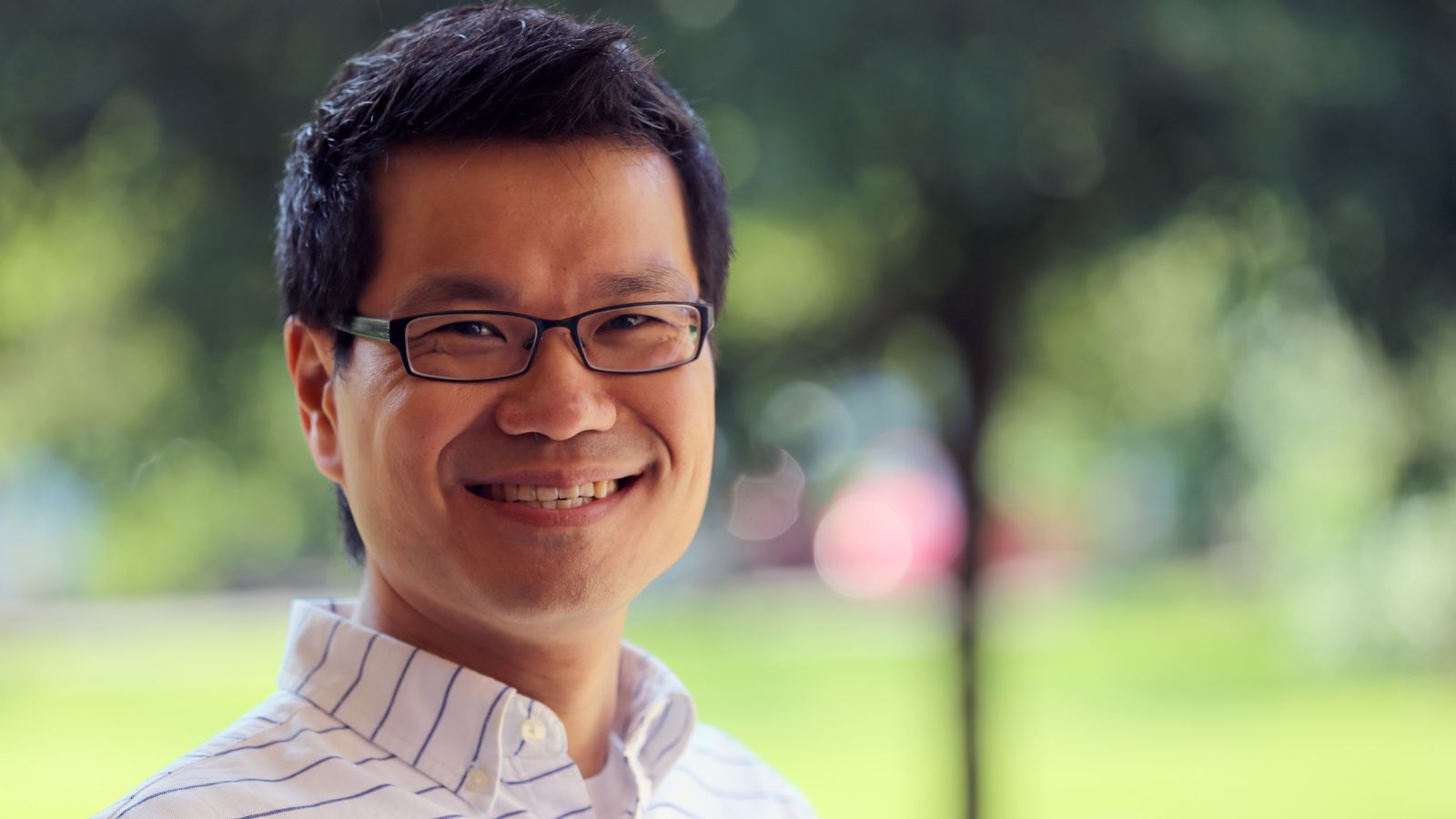 T. S. Eugene Ng, Rice University professor of computer science and electrical and computer engineering, has been named a Fellow of the IEEE (Institute of Electrical and Electronics Engineers).

When he first learned he’d been named an IEEE Fellow, Ng said, “I was excited and felt incredibly honored.”

The designation of Fellow is the highest honor conferred by the IEEE on its members. Ng was recognized for his contributions to circuit-switched innovations in datacenter network and scalable methods for internet delay estimation. Recipients are selected following a rigorous evaluation process. Less than 0.1% of voting members are selected annually to be elevated to IEEE Fellow.

When discussing his research, Ng explains, “My lab is called the BOLD Lab (which stands for ‘Big-data and Optical Lightpaths Driven’) for good reasons. Communication demands from data intensive applications such as distributed deep learning continue to out-strip the pace at which network bandwidth grows, not to mention the enormous energy consumption implications. The world will need bold innovations to solve the performance and energy consumption problems in data-intensive computing.”

“My research vision is to realize scalable purely optical circuit-switched network cores that have low energy consumption, high bandwidth and low latency, and to bring the complex application-level behaviors and intentions into the utilization and resource management of the networks, so as to achieve an optimal ecosystem for large-scale distributed data-intensive applications.”

Edward Knightly, the Rice University Sheafor-Lindsay Professor of Electrical and Computer Engineering and Computer Science, has known Ng since he was a PhD student at CMU. Knightly recruited Ng to join Rice as an assistant professor in 2003.

“Throughout his career, he has continuously impressed me as a deep thinker, scholar, and outstanding researcher,“ said Knightly. “He showed that power consumption can be reduced by over half, an astounding achievement considering that the scale for a real-world datacenter is MegaWatts, making this a truly promising architecture for future datacenters.”

“Eugene’s work provides a new direction to cloud operators for architecting future cloud datacenter networks as his hybrid packet- and circuit-switched network designs have tremendous energy-consumption advantages,” said Knightly. “The software developed by Eugene’s research provided a new building block for follow-on work, lowering the barrier to entry into the field for the community.”

According to Google Scholar, this research has been cited more than 1000 times.

When reflecting on receiving the news of the IEEE Fellowship, Ng said, “The amazing students that I have collaborated with in my research over the years are my pride and joy. When I shared this news with current students in our group meeting, their cheers were so deafeningly loud that it was as though they were more excited about the news than me! I cherish all the time I get to spend with the students. Without their incredible contributions, none of this could have happened.”

Over the course of his career, Ng has been selected as an Alfred P. Sloan Research Fellow and a Kavli Fellow. He’s also the recipient of a National Science Foundation CAREER Award and an IBM Faculty Award. He holds six U.S. patents.

IEEE is the largest association of technical professionals in the world, with more than 400,000 members in more than 160 countries. The Fellow grade is the organization’s highest level of membership and is conferred by the IEEE Board of Directors upon researchers “with extraordinary records of accomplishment in any of the IEEE fields of interest.”