Philip Taffet on the importance of taking risks in projects 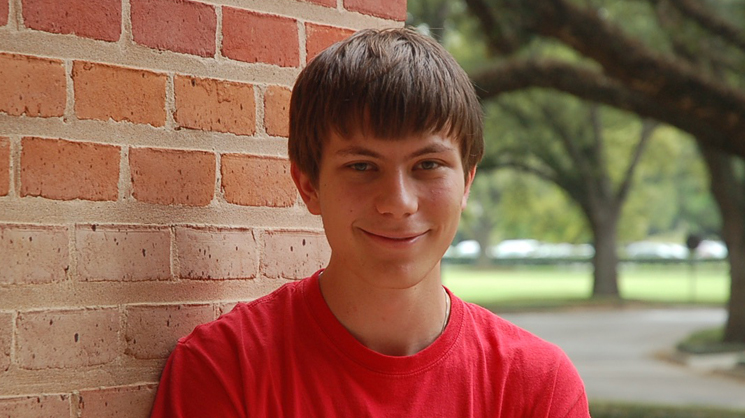 Philip Taffet, a junior in computer science at Rice University, loves the challenge of a high-risk project, so he embraces the entrepreneurship opportunities at Rice. “Entrepreneurship is my first priority,” he said, “but I’m hoping to do both research and entrepreneurship.”

While an intern at Microsoft, he realized he relished uncharted territory. “It was a cool, great experience,” he said, “but I felt like 90% of the people around me were working on things that had been done before. I like not knowing the outcome.”

He acknowledged the trade-off between working on products with uncertain outcomes and the security of working in a large company. “In industry, you have a launch date, you know your product will be ready with these features on a specific date. In everything else, you wish you had that level of certainty, but you just don’t.”

Taffet and two high school friends (Jake Nyquist and Brett Gutstein, also CS majors at Rice), are developing an app for auto manufacturers to use at special test driving events, so he knows the risks involved when small teams attempt to deliver a new, finished product on a deadline. The three students work on their app in their free time, and one of them is studying abroad this semester. “Since October, we’ve been working this program, dividing up the roles, creating task lists. We hold weekly meetings where we Skype with Brett and determine what needs to happen next and who has time to work on it.”

Sometimes, they make little or no progress on the app, and may have to go troubleshoot a part of the app they had worked on earlier. “It’s really like working two jobs, and it is hard sometimes. Some weeks we don’t put any time at all, which is not good for the company. We’re willing to work late nights, but school comes first for us.”

He said this is the best time to try a high-risk venture. “It’s the one benefit that makes this work. We’re safe. This is the best time of our lives to fail with the fewest consequences. If I crash and burn, I know the doors in the big companies will still be open. Or I might decide I want to do research again.”

Before he arrived as a student at Rice, he had already worked in the research lab of John Mellor-Crummey, professor of computer science and electrical and computer engineering. In fact, working in a lab at Rice helped shape his admission decision when he received several offers.

“I already knew the environment at Rice, what it’s like here. I am a double major, in both CS and Math. When I saw myself as a CS major at one of the other schools, I saw myself holed up in a computer lab at 3 AM, and having fun, but I also wanted to do Math and I could do both here. Plus, the Math department is really awesome. I love doing Math and I think it makes me smarter – that is it teaches me how to think.”

He said the teamwork involved in his courses is the best part of studying at Rice. “My favorite part of school is working on a project with a team of friends who happen to be really smart. For example, I’m going to work on an EE senior design that I will get very little credit for, but it is the last time I’ll get to work on something cool with my friends.”