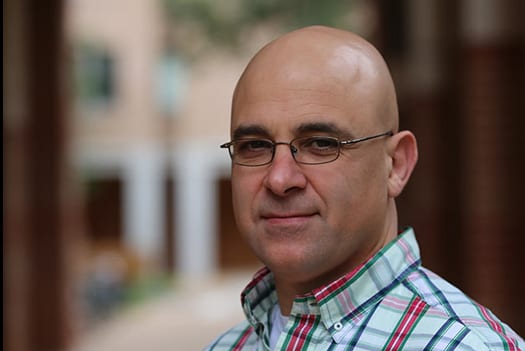 Researchers in Rice's Department of Computer Science will take full advantage of new technology to sequence the genome of a single cell to decode mysteries contained in tumors.

Luay Nakhleh, the William and Stephanie Sick Dean of Rice’s Brown School of Engineering and former chair of computer science, has been awarded a four-year, $1.2 million National Science Foundation grant to analyze the genomes in colonies of single cancer cells to find not only the mutations at the root of the disease but also how they evolve from cell to cell as the tumor grows.

Nakhleh, also a professor of computer science and of biosciences, and his team will use single-cell DNA data provided by colleagues at the University of Texas MD Anderson Cancer Center. They expect to reveal evolutionary trees of cancer mutations that could eventually help refine treatment for patients.

Cancer is caused by mutations including single nucleotide variants and copy number aberrations in a cell, but complications often arise when that cell’s offspring develop mutations of their own.

“I do a lot of work in evolutionary biology that has nothing to do with cancer,” Nakhleh said. “But our approach to this problem is evolutionary in the sense that we’re looking at cells we know evolved from an ancestral cell.

“Because they come from one individual cell, they give rise to an evolutionary tree structure,” he said. “This is very exciting because we can apply our expertise in computational evolutionary biology to this specific problem.”

Nakhleh said the cells in a tumor typically incorporate a variety of mutations. “In a group of cells with mutational signatures, you see a sort of clustering: one group of cells has five specific mutations, another group has seven and so on,” he said.

“Cancer biologists want to understand what role this plays in treatment outcomes for patients, and it’s been very hard to do,” Nakhleh said. “Now that we’re getting single-cell resolution, we can identify mutations on a larger scale and map them onto an evolutionary tree. That will help us know the order in which the mutations happened.”

He noted some cancers, including breast and pancreatic cancers, could be triggered by mutations years before the disease can be diagnosed. “The evolution of these genomes can help us start to understand what leads a person to develop cancer. If we know the genetic risk factors, we can be more proactive.”

Nakhleh said single-cell genome techniques remain a bit error-prone, but the ability to get distinct sequences from many cells in a tumor at once will allow the researchers to infer mutation trees. They would then scale this data to incorporate the whole genomes of thousands of cells to build open-source models and, ultimately, tools for early cancer detection and treatments.