Mei Tan was surprised by how much she liked CS 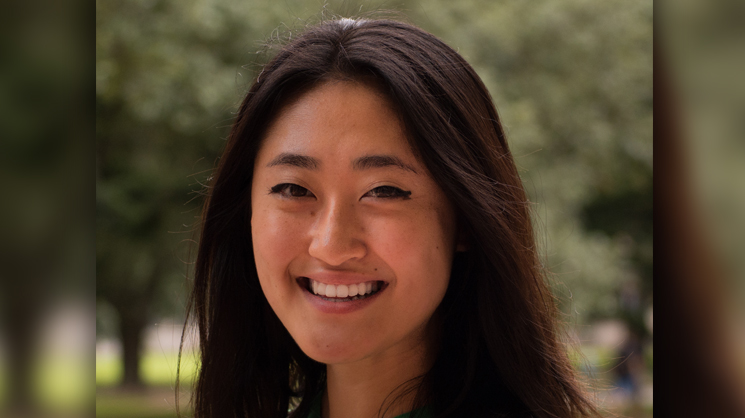 Mei Tan chose Rice because it was close to her family in College Station and it offered her flexibility to take interesting courses without being tied to a rigid academic program. “Computer science didn’t even cross my mind,” she said. “That seemed like the kind of thing where you had to have a stellar foundation of math and science in high school, and that was definitely not me.”

Instead, she focused on majoring in political science, and dove into a part-time job with the Baker Institute. While briefly considering the field of cognitive science, she registered for COMP 140, thinking, “the worst that can happen is I would complete a Distribution III requirement.” Then COMP 140 surprised her, and Tan was intrigued by CS professor Scott Rixner’s novel approach to problem solving. “By the end of the first week, it was all I was talking about with my family.”

She also discovered a deep satisfaction in her CS course work. She said, “I left those CS classes feeling like I’d accomplished something. The learning didn’t come slowly and painfully through facts and figures. We learned through communicating our thoughts as we solved puzzles.”

As her attraction for CS grew, she also found herself disenchanted with her intended major. “I was falling out of love with political science,” she said. “In my research job, I was cataloging news reports on the territorial expansion of drug cartels. At times the subject matter was distressing, and I felt powerless.”

Summer drew near and all Tan knew was that she needed a change of pace. “I got an email from Dr. Rixner asking me to stop by his office. COMP 140 had ended months ago, but I nervously convinced myself that he had discovered a problem with my grade.” Instead, Rixner offered her a summer job.

Tan was shocked. She happily accepted the offer, despite worries about her lack of experience. Every now and then she still wonders, “why on earth would he have picked me?” Tan joined several other undergraduate and graduate students that summer, working on an embedded python runtime system for microcontrollers.

By the end of the summer, she’d broken all ties with her previous major and declared for CS. “My sophomore year was brutal,” she said. “I was a semester behind and needed to catch up on math and physics.” Although the workload was grueling, she kept at it because she found her CS courses meaningful. Looking back, she said, “I have stories to tell about something significant that I did or learned from every CS class that I’ve taken over the past few years.”

Mei Tan in SeattleShortly after declaring her CS major, she attended the fall career fair. “I knew I didn’t have much experience, so sought out the little local companies. I was on my way out the door when I saw there was no one at the Microsoft table.” She walked over, gave them her spiel and resume and didn’t think any further about the giant technology company headquartered in Redmond, Washington.

Then Tan got what she considered was a courtesy phone interview. “I didn’t think much of it,” she said. When others asked about her internship plans or specifically about Microsoft, she assured them that it was a long shot that wouldn’t work out. Microsoft called her again in October. “They flew me out for an interview on their Redmond campus and offered me a summer internship the next day. It was a surreal experience that changed my life,” she said.

Her experience on the CXE team focused on users’ core experiences in the Microsoft Office suite of tools. “We design and implement the front end of Office,” she said. “The direct impact that our work has on customers means a lot to me.”

Mei Tan at MicrosoftShe returned to the same team the next summer because she was moved by the camaraderie among colleagues. “CXE is truly a gem,” said Tan. “People coax each other out of their offices to have lunch or get coffee together every day, and there’s a closeness among people that keeps morale high.”

The team’s most recent endeavor involves access technology, enabling users with various disabilities to interact effectively with the Office environment. “I was really inspired by the efforts in accessibility that I took part in this summer,” she said. “so I’m at school for one more year to learn as much as I can, in order to go back and keep working with my team.”

Tan is not even going to career fair this year. “I’ve been incredibly lucky,” she said, “and I’ve already accepted Microsoft’s offer because I’ve found where I’m meant to be.”