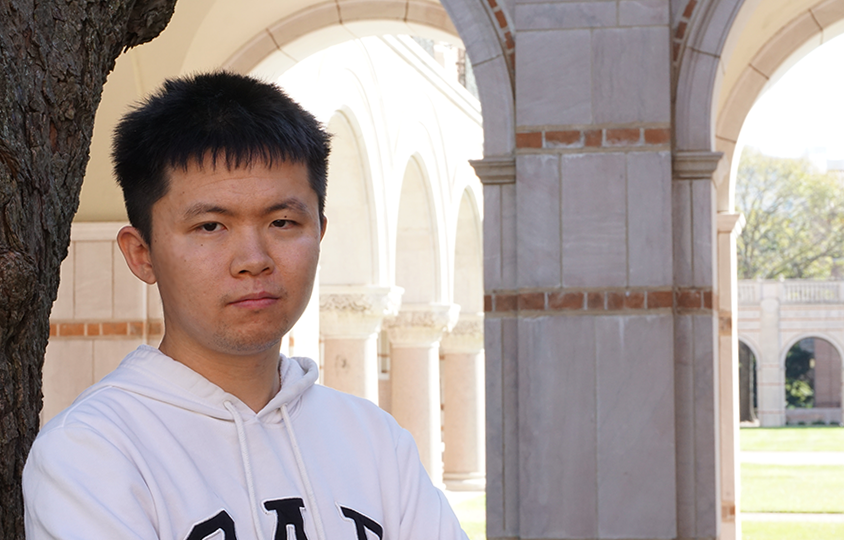 Rice computer science PhD student Keren Zhou has been named as one of three recipients of the 2020 ACM-IEEE CS George Michael Memorial HPC Fellowship. Zhou is recognized for his work developing performance tools for GPU-accelerated applications. The Fellowships are jointly presented by ACM and the IEEE Computer Society.

Although Zhou was surprised to hear he had been awarded the Fellowship, he recognized that he and his team had been “pushing the envelope of the development of GPU tools chains.”

Their work has already been well received in academia and industry. Zhou and his colleagues have published three papers in top-tier conference proceedings. They are also collaborating with GPU vendors, including AMD, Intel, and NVIDIA; they have submitted a collection of bug reports and offered advice to vendors about how to improve their GPU hardware and software measurement interfaces.

“An algorithm written for a CPU may only achieve less than 1% of the maximum performance on a GPU without appropriate code modifications,” Zhou explains. “Our research helps programmers better understand their programs' performance and behavior and utilize more GPU resources. Programmers will be able to fix performance issues faster and provide a superior user experience in these GPU-accelerated applications.”

The ACM-IEEE CS George Michael Memorial HPC Fellowship is endowed in memory of George Michael, one of the founders of the SC Conference series. The fellowship honors exceptional PhD students throughout the world whose research focus is on high performance computing applications, networking, storage, or large-scale data analytics using the most powerful computers that are currently available. The Fellowship includes a $5,000 honorarium and travel expenses to attend the SC conference, where the Fellowships are formally presented.