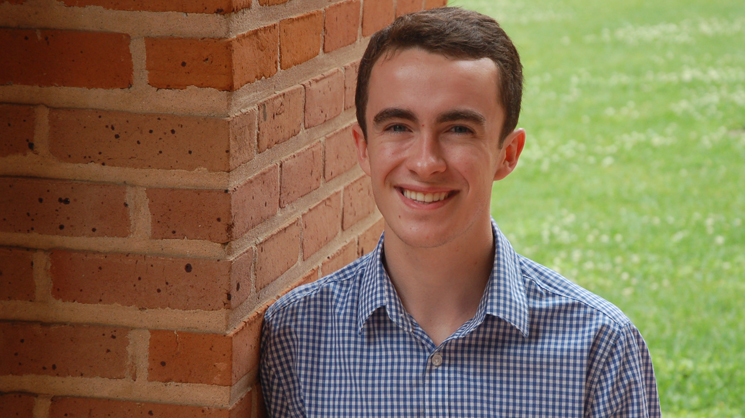 Like many others in the Rice University class of 2019, Avery Jordan matriculated as an undeclared major. Rice students are not required to declare majors until the spring of their sophomore year, but Jordan soon narrowed his focus to computer science and already is working as the technical lead for the EMBRACE app development team.

EMBRACE is a non-profit organization founded by Mark Dawson, one of Jordan’s peers at Madison Central High School in Madison, Mississippi, and now a junior and Robertson Scholar at the University of North Carolina at Chapel Hill. Jordan said his friend launched EMBRACE after recognizing an opportunity to better prepare students for university-level work. He collaborated with several of his former teachers to create small groups of instructors to explore and encourage professional growth.

“Students take a survey, and teachers get feedback,” Jordan said. “The survey covers seven to eight questions in different categories, and teachers then use the feedback to form communities – focus groups with a designated teacher as the team leader.”

The focus group creates an action plan based on a form in EMBRACE and identifies goals to focus on specific parts of their survey results. Students are surveyed every 4.5 weeks, and the feedback encompasses many different professional development areas. “Action plans, surveys, community groups, all of these are established ways of improving teaching,” said Jordan. “We pulled them all together, and teachers are helping each other through them.”

As the project grew, Dawson realized an electronic app would improve user engagement. Remembering Jordan’s high school experience working on an iPhone app, Dawson contacted Jordan, who was 1,175 miles away and navigating his first month of classes as a freshman at Rice. Jordan listened to the proposal and agreed to join the team as its technical lead.

Jordan said, “I talked to friends at Rice interested in doing non-profit work involving coding. Savion Lee, a sophomore, had server-side experience and Spencer Chang, another freshman, had Python and front-end experience. After Christmas break, we launched the first version of our application.”

With the technical team in Texas and the founder in North Carolina, the group relies heavily on long-distance collaboration. They communicate weekly to remain updated on their progress. “Now we’re working on the second version to launch at the end of the summer. Our final review date for the founder was May 12, and we will make small revisions over the summer,” he said.

Jordan will extend the long-distance collaboration further this summer, when he spends eight weeks in China. For six weeks, he will complete a study abroad program arranged through Rice’s Center for Languages and Intercultural Communication (CLIC). “I picked a language and study abroad program together,” he said. “I’ve absolutely loved Chinese and found that a friend was doing an internship in China in Shanghai, about an hour from Nanjing University. After the CLIC program, I’ll hang around another two weeks to explore Shanghai, and then come home.”

Since the CS course track has strict progression requirements, this summer may be Jordan’s only abroad experience. “For engineers and CS, you hear that going abroad is difficult,” Jordan said. “The easiest time to go abroad is the summer after your freshman year, when tech internships are more difficult to land.”

Looking ahead to his next summer, he said, “There are different ways it could go. My dream internship is not at a huge, established company. I’d much rather work in a company with five employees rather than 5,000. I would seek out small start-ups. They could even be unpaid internships. I really want to get to know a community of people working on projects.”